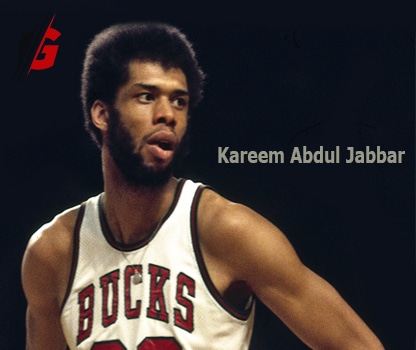 Who is Abdul Jabbar?

Kareem Abdul Jabbar before changing his Religion to Islam was named as Ferdinand Lewis. He is one of the famous American basketball players. His achievements can be indicated by the statement that he played 20 seasons in the National Basketball Association NBA for Milwaukee Bucks, Los Angeles Lakers. He was also awarded the Presidential Medal of Freedom in 2016 by Barack Obama. He also served as  US Global Ambassador in 2012 by Hillary Clinton. He changed to Islam at the age of 24. His involvement in various Films and Writing activities throughout his life shows his matureness and versatility as a person.

He was born on July 14, 1947 in NewYork city, USA. He is 73 years old .He was awarded as The most Valuable Player, a record 19 times in NBA All Star. He became an inspiration to many Americans to choose basketball as a career,. NBA coach Pat Riley has called him the greatest player of all time.

Kareem Abdul Jabbar height is 7 feet 2 inches. He was 6 feet 5 inches taller just at the age of 14. He weighs 102 kilograms. His body was perfectly suited for sports like basketball where a long reach is a boon to have.

His childhood was spent in NewYork, USA.Ferdinand Lewis Alcindor was his name up to the age of 24.His Mother’s name is Chora Lillian .She used to work as  a department store Price Checker.His father’s name is Ferdinand Lewis Sr. He worked as a transit police officer and a jazz musician. He  was the only child of his parents.He grew up in the Dyckman Street projects in the Inwood neighbourhood of Upper Manhattan. His family were amazed by his broad and tall body at a young age  so they supported him for his sporting career.

He was admitted to Power Memorial High School ,Manhattan, Newyork. He began his record breaking basketball accomplishments in his High School. He straightaway made his team win in the National High School Boys Basketball Championship when he was in Grade 11.He got admitted into UCLA college to extend his basketball career but  he was not allowed to play for the fiŕst year.When he got a chance in College,He scored 56 points in his first game setting UCLA single game record.

His professional career started when he enrolled in Milwaukee Bucks. He played 6 years for the Bucks from 1969 to 1975. He was a star player for them but he said that being in the midwest doesn’t fit his cultural needs .He requested a trade to either NewYork or Los Angeles. Je then played 14 years for Los Angeles from 1975 to 1989. He retired in 1989 after 20 years of NBA career.He held the record of playing most number of NBA games at the time of retirement. After retirement he focused on Coaching Career and establishing himself as a writer.

He fell in love at his first meet with  Janice Brown at a Lakers Game during his senior year at UCLA . They dated each other and soon they got married. As wife of a muslim She also changed her name  to Habiba Abdul Jabbar . They have three children together. His daughters are Habiba and Sultana.His son Kareem also played basketball at Western Kentucky.Janice and Abdul Jabbar grew some differences and  divorced with Janice in 1978.

He was single for some time but he married his second wife  Cheryl Pistono with whom he has sons Amir and Adam.

His income sources throughout his life are Basketball Career, Some movies, bestseller books like Giant Steps, Black profiles in Courage. As of 2020, Kareem Abdul Jajar Net Worth is 20 million USD.

Some facts about Kareem Abdul Jajar: