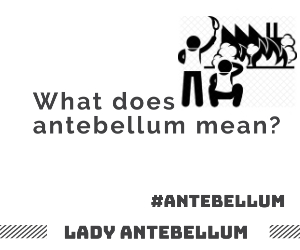 What Does Antebellum Mean?

The word antebellum originated from two different Latin words that are ante and Bellum, where ante means before and bellum refers to war, so the actual meaning of antebellum is occurring before the war. The word originated in the mid-19th century. But it became more familiar when the American trio band used it as there band name, i.e., lady Antebellum.

The band featuring members are Charles Kelley, Hillary Scott, and Dave Haywood. They formed the band 14 Years ago in 2006 at Nashville, Tennessee U.S. They named the band after the southern antebellum-
style house and took their first photo together, and they feel as the musical dream was born. They were loved by the audience so much that the public gave band name lady A. They were successful in winning many awards like in 2008 new artist of the year, in 2010 best country performance by the duo. In 53rd annual Grammy awards, they won trio song of the year. They carried incredible jobs in their musical field, but from a few periods, they were not that active social.

On 11th June 2020 Thursday, the band dropped their name to lady A from lady Antebellum Band members kicked antebellum from there band name because it brought storm in social media as the brand name reflected controversial. As the band member clarified in their social media that the name antebellum somewhere represent the black slavery before the civil war. They feel uneasy and awkward using that name in their band as one of the black men, George Floyd, was killed by the white cops for no reason. The whole world is fighting for justice, protesting for the right of black lives as they feel sad for such an incident and came in support of black peoples, so the band members decided to drop the word antebellum from there band name. They accepted that they were late in this change, but they believe it is better to be late than never.

The band changed their name because somehow its meaning supported the existence of black slavery history, and they want to help their black friends, black people’s rights. According to them, “It’s just a
small contribution from the band members to bring positive changes against color racism.” At the
meantime, some fans believe that it’s their way to grab attention as they are coming up with their new
song and they are doing all this so that they can be in news and peoples support their song as it’s been
quite long since they were not active in the industry. So they are only making their way easy for their come back.

The step taking by the band member is appreciating. Still, along with appreciation, there were questioned immediately by their fans like why suddenly they changed the name, were they not aware of the meaning of their band name, how they can select such name being youth influencer, and many more.

Well, according to the member Scott, the Kelley should be given credit for their band name. Kelley and dave called him and shared the band name idea, and every member was ok with the name lady antebellum. Scott feels the antebellum house as the sound gave her a feeling of warmness closeness. She felt as her country music and became emotionally connect, so they finalized it. They never thought the name could ever create any controversy; however, even past the band name has been hot potato among their fans, and the trio put in baggage. The members clarified too.

But this time, the members awaken with the feeling and feel sad for not taking necessary steps against the discrimination. Instead, they felt as if they were protecting their history and supporting the slavery system. To give birth to positivity in their community, they changed their name to lady A. They felt worse for being the last one to take such an incentive. Still, according to them, they are taking every possible step in other to support equality in their country even worldwide; however, their fans, the public was not convinced by their statement. Most of them believe they are merely trying publicity stunt.

According to the audience, they are even not satisfied with the band members such steps, and their clarification statement causes some of the reports to confuse the audience besides that public are disappointing by repudiated band such activities. They believed that they are late, and their explanation is not justifying. If they want to bring positivity and desire to element color differences from their society, then they should have supported their protest, and they would never choose such word as there band name.

Whether they changed their name for attention or the protection of black lives, but the fact is that they are trying to make a change in society by their small steps, and they are openly accepting as they are late for such change. They honestly said they never look the name as that deep but once when its profound meaning and history felt. The band experienced that the presence of antebellum can bring differences in their community, so they removed in other to bring equality in their society and elements
racism.